Welcome to the PE Department

Physical Education and School Sport plays a major part in school life at St Richard’s Catholic College and we pride ourselves on supporting every pupil and his/her personal development.

The department believes Physical Education plays a critical role in educating the whole child. Research supports the importance of movement in educating both mind and body. Physical education contributes directly to the development of physical competence and fitness. It also helps pupils to make informed choices and understand the value of leading a physically active lifestyle. The benefits of physical education can affect both academic learning and the physical activity patterns of pupils. The healthy, physically active pupil is more likely to be academically motivated, alert, and successful.

Our ethos for Physical Education at St Richard’s is: STRIVE 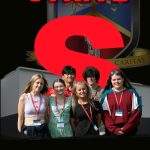 Sportsmanship – Are you demonstrating fair play and respect? 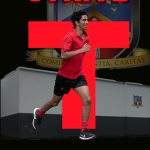 Teamwork – Can you work well both individually and as part of a team? 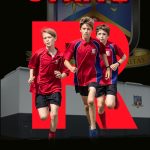 Resilience – Can you recover quickly from difficulties/setbacks instead of giving up? 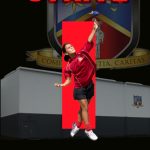 Inspire – Are you a positive role model who motivates others to try their best? 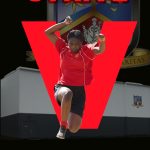 Versatility – Can you apply your skills to different sports and adapt to changing situations? 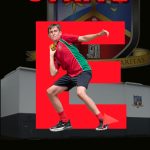 Excel – Do you strive to be the best you can be? 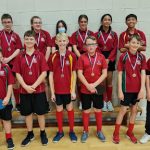 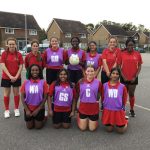 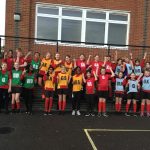 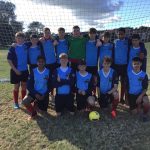 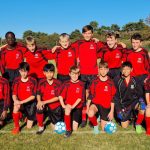 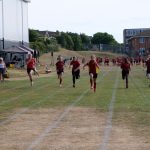 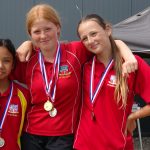 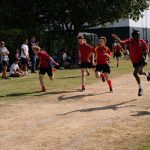 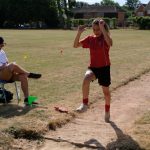 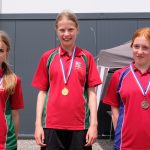 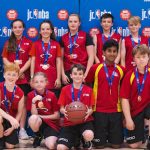 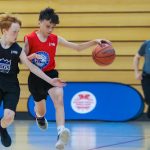 The Year 7 football team have some very exciting players and have demonstrated excellent potential, winning most of their matches this year.

The Year 8’s have shown an extraordinary commitment to attend our football club. They pass the ball with confidence, they are a pleasure to watch and they remain unbeaten this year.

Our Year 9 footballers excelled at the Eastbourne and Hastings area 6 a side competition. Both of our teams made it beyond the league stages and into the quarter finals, with one of our teams getting as far as the semi final.

Our Year 10 football team finished the year unbeaten. Their pinnacle moment was a worthy victory over a strong Claremont side. The game was very much in the balance until Oscar struck a rocket of a volley to put St Richard’s 1-0 up. Our Year 10’s eventually went on to win the game 2-1.

Our Year 7 and 8 Netball teams have played extremely well, building upon their strengths throughout the year. This was demonstrated by them winning the majority of their matches.

The Year 7 team had a particularly good season and finished unbeaten. Their only draw was against Claverham, but then they played Claverham again in a re-match and won 3-2.

Our Year 9’s and 10’s toughest fixtures this year were against Bexhill Academy and Claverham Community College. The Year 9s might have narrowly missed out against Bexhill, but they bounced back and won 8-7 against Claverham.

This Claverham fixture was also our Year 10s most impressive display. They won with 12 points to Claverham’s 6.

This year we entered pupils into the Waterhall and the Christ Hospital X-Country events. Participants in these races are usually club or county level runners.

Special mentions for the Junior event must go to Sophia who finished 36th place out of 217 runners at the Waterhall race and to Aston for finishing inside the top 20 runners at the Christ Hospital competition.

Our table tennis teams enjoyed significant success in their matches against the other Hastings and Rother schools. We are extremely pleased that all of our teams managed to achieve podium finishes:

The boys trained extremely hard at rugby club throughout terms 3 and 4, so it has been fantastic to see them performing so well in their matches.

It was a hugely successful year for the Year 7 and 8 Basketball teams. They both qualified for the South East of England finals without losing a game.

The Year 7 team comfortably secured 3rd place overall. Their competition had been close throughout and with a little luck in the first game they may have made it into the final.

The Year 8 team went one step further, making it into the final where they played Holy Trinity School. In the first quarter we fell behind. By the end of the third quarter the difference had been narrowed to just 3 points. Unfortunately this was not quite enough to win the final, but to get into a final having beaten the best teams from 7 counties is an amazing achievement.

Our Year 10’s have looked particularly strong this year, perhaps most significantly in their 63 – 13 win over St Leonard’s Academy.

Some pupils have provided excellent support at multiple events throughout the year.

St Richards has hosted the Bexhill Primary Schools cross country, netball, basketball, football tournaments, as well as summer athletics events for several primary schools. These competitions have been run by over 75 sports leaders from Years 7 – 11.

Our Year 7 girls team hosted their first ever cricket fixture last Thursday against Ark Alexandra Academy. In the end the match was close and they lost by just a few runs. A remarkable achievement considering they were up against some experienced club players. We will be further developing our cricket next year now that our new astro turf wicket and cricket net are in place.

Our Year 9 and 10 girls cricket team put in strong performances in their cricket tournament against all of the other schools in South East Sussex. By the end of the afternoon the girls had finished in third place.

We have exciting players that will still qualify for this age group next year, so this will be an exciting event for the future.

Town Sports – There were a lot of stand out performances at Town Sports this year, with many podium finishes. We finished in fifth place overall out of the ten schools in the Hastings area, just a few points away from fourth place.

Everyone in the school community deserves huge credit for making Sports Day such a tremendous occasion. The atmosphere was incredible, it was extremely competitive and all pupils in the college took part.

All year groups represent St Richard’s and compete in the top ‘A’ Leagues across the wide range of sports competitions in the Hastings and Rother sports partnership. Boys and girls teams have built a strong reputation within the partnership and across the county in many different sports such as:
– Football
– Basketball
– Table Tennis
– Swimming
– Cross Country
– Equestrian
– Netball
– Rugby
– Athletics
– Sports Hall Athletics
– Golf
– Cricket
– Rounders
– Badminton
– Gymnastics

All lessons for GCSE PE and BTEC Sport are shared by their class teachers through Google Classroom on a weekly basis. These lessons are in line with the same content that pupils in school are learning. Pupils are expected to submit any work completed remotely within a week of their timetabled lesson.

KS3 pupils experience a range of activities from a broad-based programme. These areas include, invasion games, individual activities and net games. Pupils are assessed on their practical performance, knowledge and understanding, evaluation of performance, health and fitness, and their coaching skills.

Pupils will use their KS3 PE booklets to comment on and track their progress. They will do this for each sport from the beginning of year 7 through to the end of year 9. A copy of our KS3 PE booklet can be seen here: KS3 Booklet.pdf

The GCSE course is offered in Learning Pathway 4.  The course is both practical and theoretical.

Pupils will be practically assessed as a performer across a range of activities. Pupils can also be assessed in other activities which may not be offered at the college.

Practical marks from three activities will make up their practical coursework marks, along with marks from a controlled assessment piece linked to one practical activity.

Pupils are assessed on the practical content under the following headings:

Pupils will be assessed in two exams at the end of the two year course:

Paper 1: The human body and movement in physical education and sport – 30%

Paper 2: Socio-cultural influences and wellbeing in physical activity and sport – 30%

There is one tier of entry, covering grade 9 – WT

The Pearson BTEC Level 1/Level 2 Tech Award in Sport (603/7068/3) is for learners who want to acquire sector-specific applied knowledge and skills through vocational contexts by exploring the different types and providers of sport and physical activity and the equipment and technology available for participation as part of their Key Stage 4 learning.

They will also explore the different types of participant and their needs in order to gain an understanding of how to increase participation for others in sport and physical activity and further develop their knowledge and understanding of anatomy and physiology. Learners will undertake practical sessions to develop skills in planning and delivering sports activity sessions to participants.

The qualification enables learners to develop their sector-specific skills, such as sport analysis and sports leadership, using realistic vocational contexts, and personal skills, such as communication, planning, time management and teamwork through a practical and skills-based approach to learning and assessment. The qualification recognises the value of learning skills, knowledge and vocational attributes to complement GCSEs. The qualification will broaden learners’ experience and understanding of the varied progression options available to them.

The course is divided into 3 components:

Component 3: Developing fitness to improve other participants’ performance in sport and physical activity.

The department run a number of extra-curricular sports clubs before school, at lunchtime and after school.

This changes throughout the year depending on the sporting season.

A grid of clubs is available on the website and is updated every term.

The college also offers representative opportunities to all pupils in a wide range of sporting activities.